Kinnard Highland Farm – Devoted to a life time of farming in America’s Dairyland!

Growing up on their family’s dairy farm in Casco, WI is where brothers Randy and David Kinnard discovered what life was all about. “My dad was passionate about farming – he still is at 84. And, he passed that passion on to us.” shares Dave Kinnard.

In 1952, their grandfather, Joseph Kinnard purchased the original farm consisting of 80 acres and 20 milk cows. Six years later, their father, Vernon took over and a new two-story tie-stall dairy barn was built allowing the herd size to nearly double to 36 milk cows. With the additional cows came additional chores, so Vernon purchased the family’s first piece of Patz equipment, the Model 400 Gutter Cleaner which was installed in the new barn.

Over the next twenty-five years, through several building projects, and additional Patz equipment purchases, the Kinnard family farm operation expanded to 300 acres and the herd grew to 100 milk cows. In 1983, David and Randy Kinnard joined their father and formed a new business partnership. 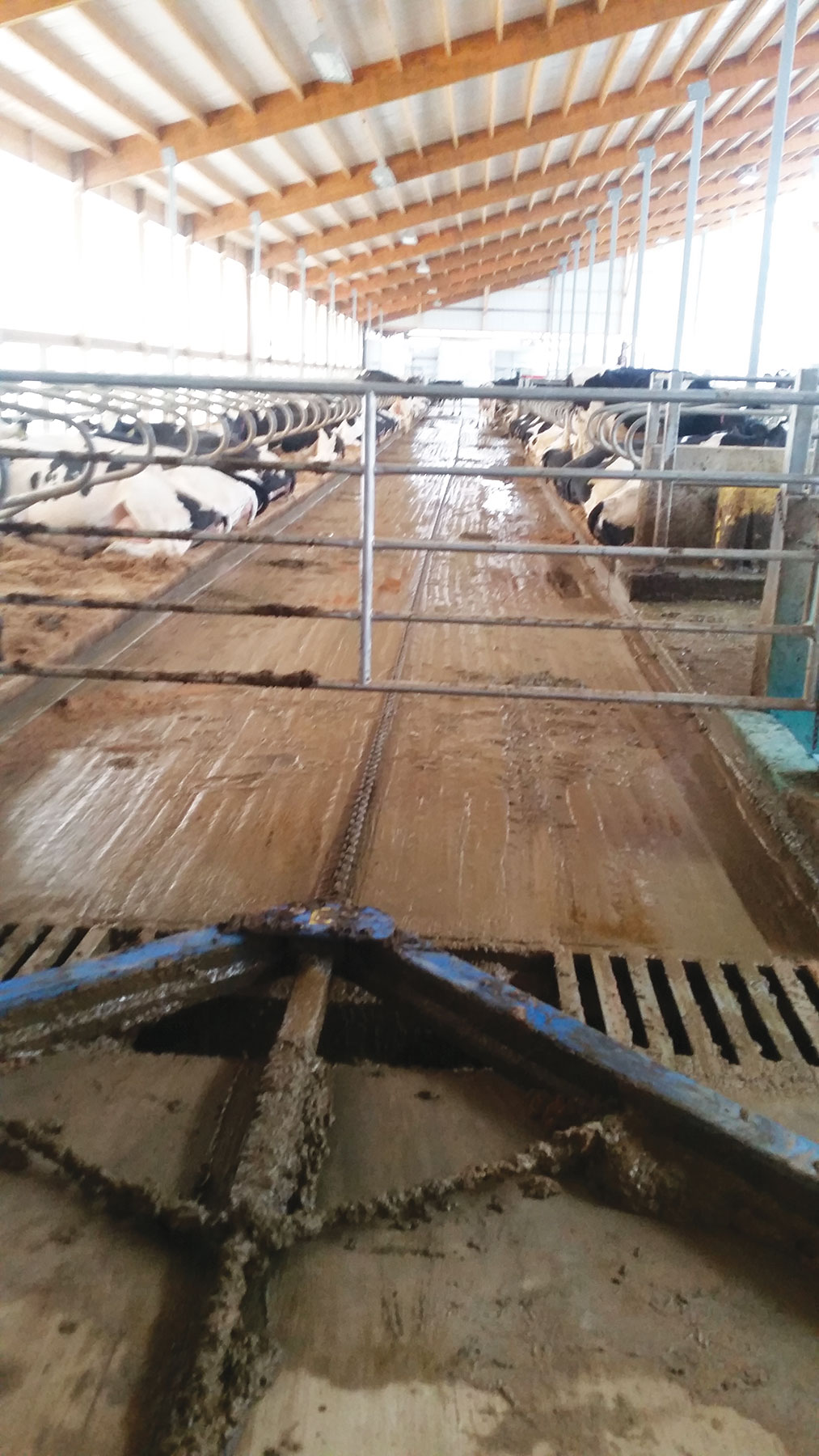 With the addition of their Patz IntelliChain® Alley Scrapers, the cows are cleaner and healthy contributing to a SCC of 95,000.

As the third generation families were growing, David’s son Brian and Randy’s son Kyler showed interest in becoming the next Kinnards to own and operate the farm. With this in mind, the cow numbers began to grow in 2012 to the present milk herd of 195 cows and 535 acres. Also during this time, research was conducted to determine how the family members wanted to milk cows in the future. Did they want a traditional parlor, or should they make the leap to the newest technology – robotic milkers? After many discussions, the decision was made to invest in robotic milkers. “If we had gone the route of a parlor, we’d still have the manual labor of being in that parlor” stated Brian. Kyler added “We want to go to 3X milking, which made the decision to go with robots easier.”

For help in planning and overseeing the construction project, the Kinnards turned to their local Patz Dealer. “They were very helpful and took control of the project through its completion” said Randy. June 1, 2015 was the beginning of the building of the next generation’s facilities. A 6-row sand bedded freestall barn was built, with space for a total of four robots and 275 cows. Presently there are two robots installed milking 116 cows. As the herd continues to grow two additional robots will be added to complete the project. During the transition, the balance of the herd will continue to  be milked and fed in the older tie stall facilities.

With cow comfort and labor efficiency at the top of their wish list, the new freestall barn includes two Patz Intellichain® Alley Scraper units equipped with Mastermind Control Panels. The Intellichain® units utilize a highly efficient planetary gearbox which allows the use of a ¾ HP motor to operate the entire scraper! “We’ve programmed the units to scrape the alleys 8 times per day. This keeps the cows and stall beds cleaner, which contributes to a SCC below 100,000.” reports Kyler. The manure is delivered to a Patz Tundra Pro II which pumps the sand laden manure to storage.

On the “front side” of the cows, the Kinnards count on their first mixer, a Patz 1200 Series 500 cu. ft. trailer mixer to thoroughly mix and deliver their rations in the new freestall barn. “The ability to mix a thoroughly mixed ration and deliver it quickly has saved us valuable time and labor while reducing feed waste.” notes Randy.

Production response in the new freestall barn was almost immediate! Even though the majority of the milking herd in the new robotic barn is first calf heifers, milk production is averaging 93 lbs. of milk per cow, resulting in 8 -10 lbs. more milk per cow than the cows still housed in the old tie-stall barn! “With the automation integrated into our new freestall barn, the noise levels are very consistent throughout the day. This keeps our cows calm, content, and productive, just what they prefer and we love to see!” reports David.

While most people will remember January 1, 2016 as the day they celebrated New Year’s, the Kinnard family will remember it as the dawn of a new day – the day Kinnard Highland Farm, LLC was born. Members of this new partnership include brothers, David and Randy, and their sons Brian and Kyler. With the help of their labor saving Patz equipment and their local Patz Dealer, the new owners are passionately looking forward to building their future in America’s Dairyland!

Kinnard Highland Farm was featured as the cover story for the March/April 2016 LINK Newsletter!