Patz > Products > Testimonials > A Better Rate of Gain with My Patz Vertical Mixer!

A Better Rate of Gain with My Patz Vertical Mixer! 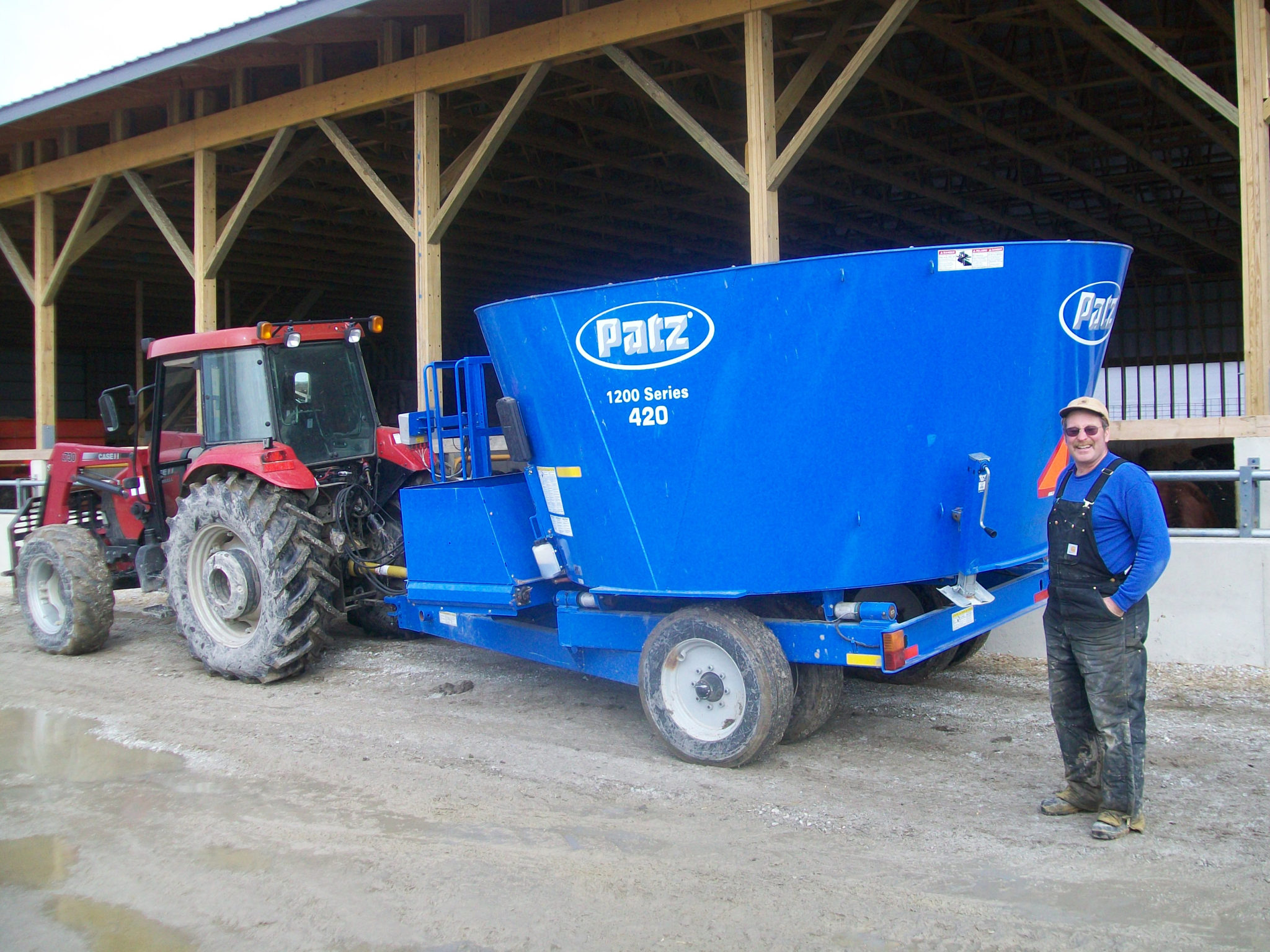 Lowell Wimmer, of Wimmer Farms in Converse, IN., says that his Patz 1200 Series 420 Vertical Mixer is the “most efficient way to raise cattle – putting the most pounds on in the least amount of time, using the least amount of feed.” Wimmer operates a beef cattle operation that finishes out steers and heifers. The Patz 420 Mixer has allowed Wimmer to provide the beef cattle with a better mix of feed with less waste. He is also able to utilize ingredients like corn stalks in his mix.

Lowell says his local Patz Dealer, Homan, Inc. has treated him well. After purchasing his Patz 420 Trailer Vertical Mixer, Wimmer will never have to haul a 5 gallon bucket to feed his herd again. Instead, he can feed his 200-250 head of beef  a TMR ration in less time, with a lot less labor.