Paul and Derek Hanson are 4th and 5th generation farmers from Portland, North Dakota. Paul started farming in 1980. He and his son Derek raise corn, soybeans, edible beans, wheat, and feed for their cattle operation.

In the past, they had been free choice feeding with beet tailings, bean straw, and hay. With their Patz vertical mixer, the Hansons didn’t have to tub grind the hay, but did feed the same ration. The cattle cleaned up the feed much better and they were able to reduce 50% of the hay from the ration. This means there is a lot less hay and bean straw wasted, which becomes manure to haul out later. 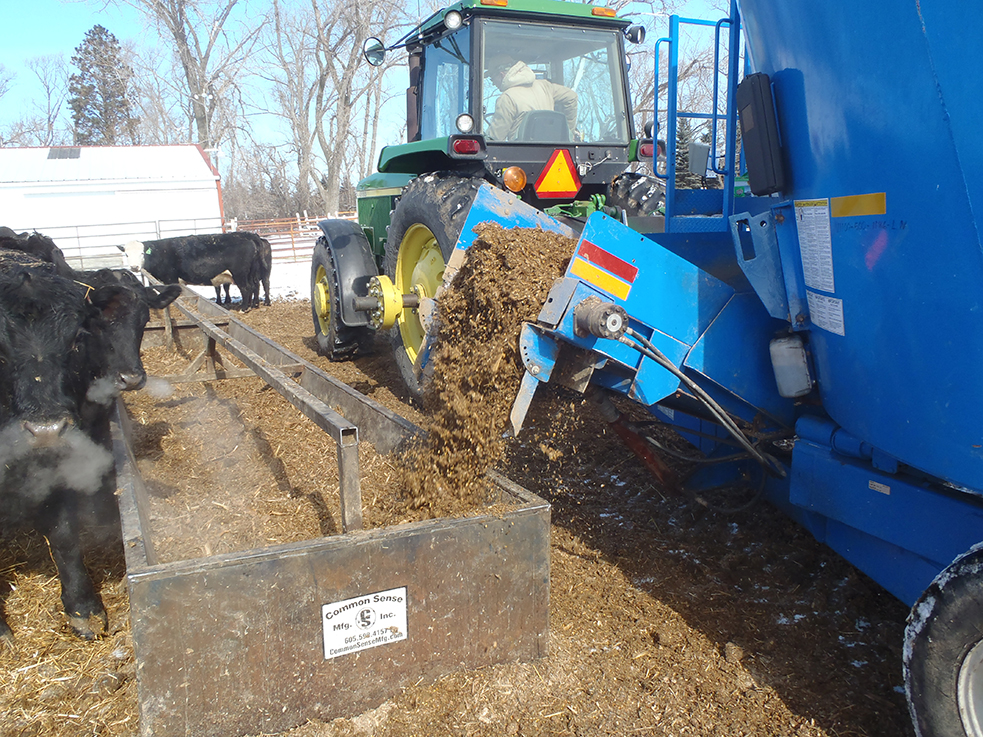 As Paul explains, “Everything is weighed now, so we know how much we’re feeding. The cow condition is unbelievable. With this mixer and using all the available feeds—we can raise cattle much more profitably.”