As winter weather approaches, many producers are turning to hay for their winter feedings. Hay can be one of the most difficult forages to preserve – in fact, more than 50% of harvested hay is wasted. While it may not be possible to prevent all hay loss, the following feeding and storage tips can help you get the most out of your hay this winter. 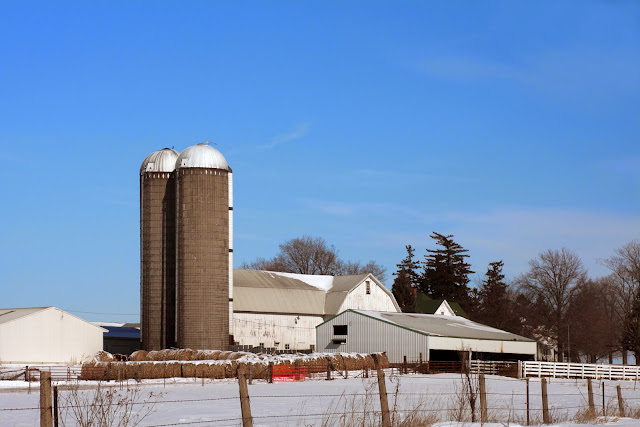 Store Hay Inside (If Possible)
Storing hay outdoors can result in losses of up to 20% of your bale. If indoor storage is not an option, steps can be taken to reduce dry matter losses: select an elevated area that is not located under trees to store bales – this will allow water to drain and bales to dry faster following any rain or snow. Bales should be arranged in a single layer, covered with tarps, and elevated off the ground with pallets or gravel to prevent quality loss due to moisture wicking or mud.

Ventilation Is Key
Ensure proper ventilation when storing square or rectangular bales in a loft. Karla Hernandez, a forages field specialist with South Dakota State University Extension, says, “Good ventilation is needed during the first 1-3 weeks after baling to eliminate moisture quickly as it exits the stack.”

Storing Round Bales
Storage losses of up to 40% are typical for uncovered round bales. Bales that are exposed to inclement weather will decrease in digestibility.

Proper Baling
Ensure your bales are tightly packed to reduce moisture penetration. Hernandez states that, when using your palm, if you can compress a newly packed bale more than a half-inch, you should expect significant losses.

Feeding
Since hay that is stored outdoors will spoil and lose palatability more quickly, farmers should feed this hay first.

Cows can waste up to 50% of the hay they are fed. Using a Patz Vertical Mixer to incorporate hay into your total mixed ration is a good way to help reduce hay waste during feeding! Patz mixers produce a consistent, thoroughly-mixed TMR, which prevents cattle from sorting. 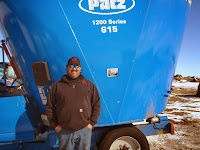 Dustin Leno, a beef producer in North Dakota, switched to a Patz 1200 Series Vertical Mixer to feed his herd of 650 cattle. “The Patz Mixer makes a big difference. It blends everything up when the [competitive brand mixer] would have dead spots. My cattle aren’t sorting like they were before,” Dustin says, “Now that I have the Patz, it’s fun feeding again.”